After 25 years as a dentist and watching Arizona middle-class families and small businesses struggle under Washington Democrats’ job-killing agenda, Dr. Gosar decided it was time to make a difference. In 2010 he ran for Congress against an incumbent Democrat - and won. Determined to stand up for Arizona families, Dr. Gosar has continued to challenge the status quo, offer common sense solutions, fight against liberals and Special Interests, and often, stand up to his own party.

Dr. Gosar knows that Arizona families want more freedom and less government. He believes that the Constitution is the greatest governing document in world history and that this sacred charter is the cornerstone of our Republic.

As a member of Congress, he is focused on fighting for the interests of the people of Arizona. By repealing burdensome regulations and fostering an environment for economic growth, he's working to create more jobs for our families. He's working to keep our families safe by securing the border and ending the influx of illegal immigration. And he's reforming government by cutting federal spending and forcing accountability.

In 2017, Dr. Gosar was named Chairman of the Congressional Western Caucus, founded in 1983 to promote rural values, preserve our uniquely American way of life, and combat federal overreach over our land, water, and natural resources.

He was also named Chairman of the Natural Resources Committee's Subcommittee on Energy and Mineral Resources which oversees American energy production and mining on federal lands, critical to Arizona's economy.

Dr. Gosar is a devout family man and cherishes Arizona's culture of family values. He and his wife Maude have been married for nearly 30 years and have three children. 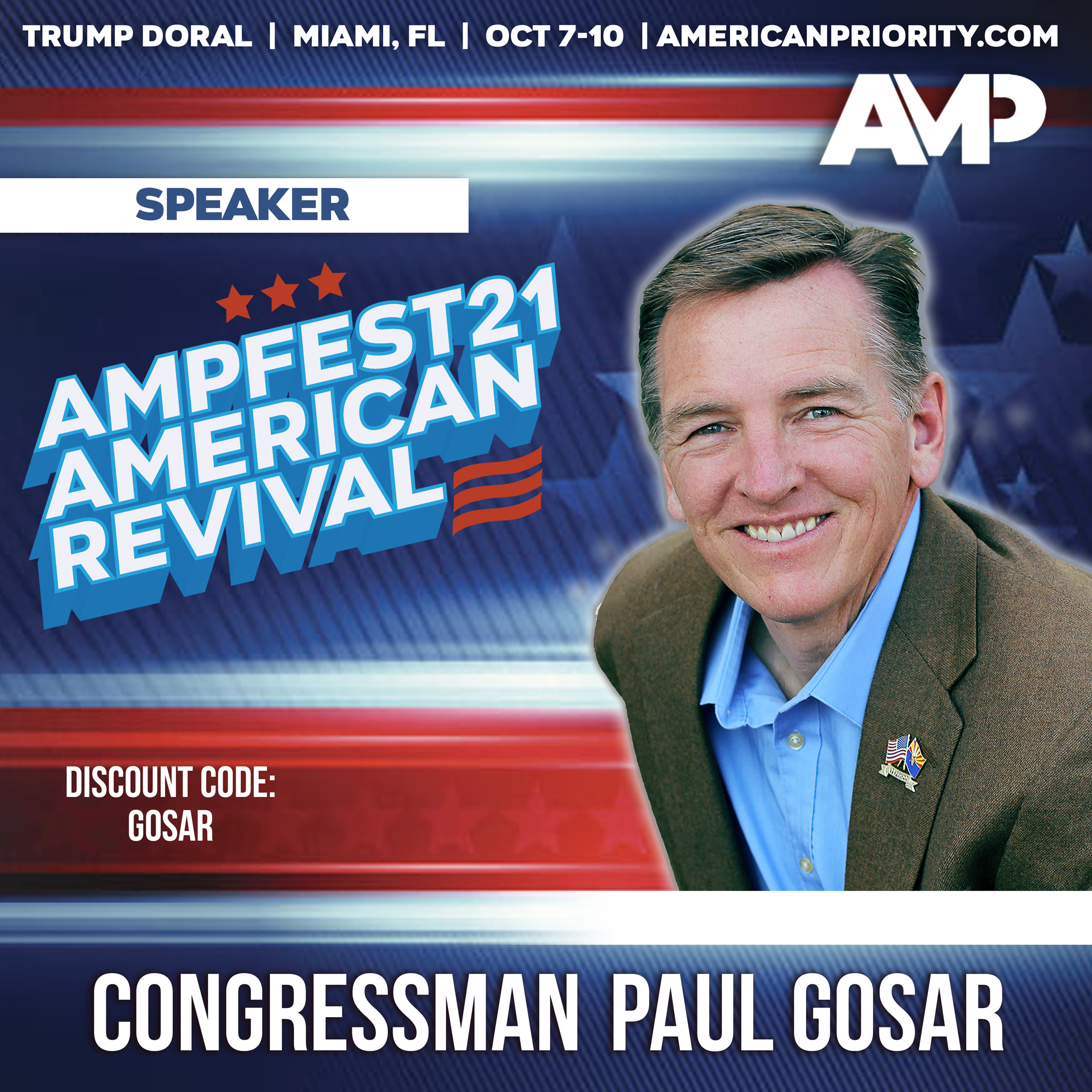