Viviano went on to become a literary agent at Barrett, Benson, McCartt and Weston, a film and television Producer with John Davis and Davis Entertainmentat 20th Century Fox Studios, then started her own company Viviano Entertainment, as a literary manager and Producer. As a literary manager, Viviano sold her clients’ projects for millions of dollars, while also producing film and television projects including: Caught in the Act, Nightmare Man, Three to Tango, Family Sins, Alibi, Strange Hearts, Mom’s Got a Date with a Vampire, American Romance and Jack and Jill, which she sold to Sony Pictures for $1 Million Dollars with Adam Sandler attached to star.

In 2008, Viviano funded and produced the political documentary We Will Not Be Silenced, about the 2008 Democratic Primary, for the Hillary Clinton campaign. That experience led Viviano to become a vocal, Conservative political activist. Viviano has been a guest on 100s of radio shows, hosted her own radio show ‘We Are Breitbart” with partner Harriet Baldwin, and has been flown all over America to speak at Conservative events.

Viviano’s biggest goal in life is to fight the bias of the left-wing media, through Conservative and family values-based entertainment. Viviano is currently producing the film Freedom House for Warner Brothers Pictures, managing writers and directors in Hollywood, and recently served as Executive Producer of Original Programming for America’s Voice News, a Conservative network she co-founded.
Speaking At
Sponsored by Gettr VIP Meet & Greet(Ticketed Event)
DJT Awards GALA - must have GALA ticket or entry
American First Women Leadership Summit 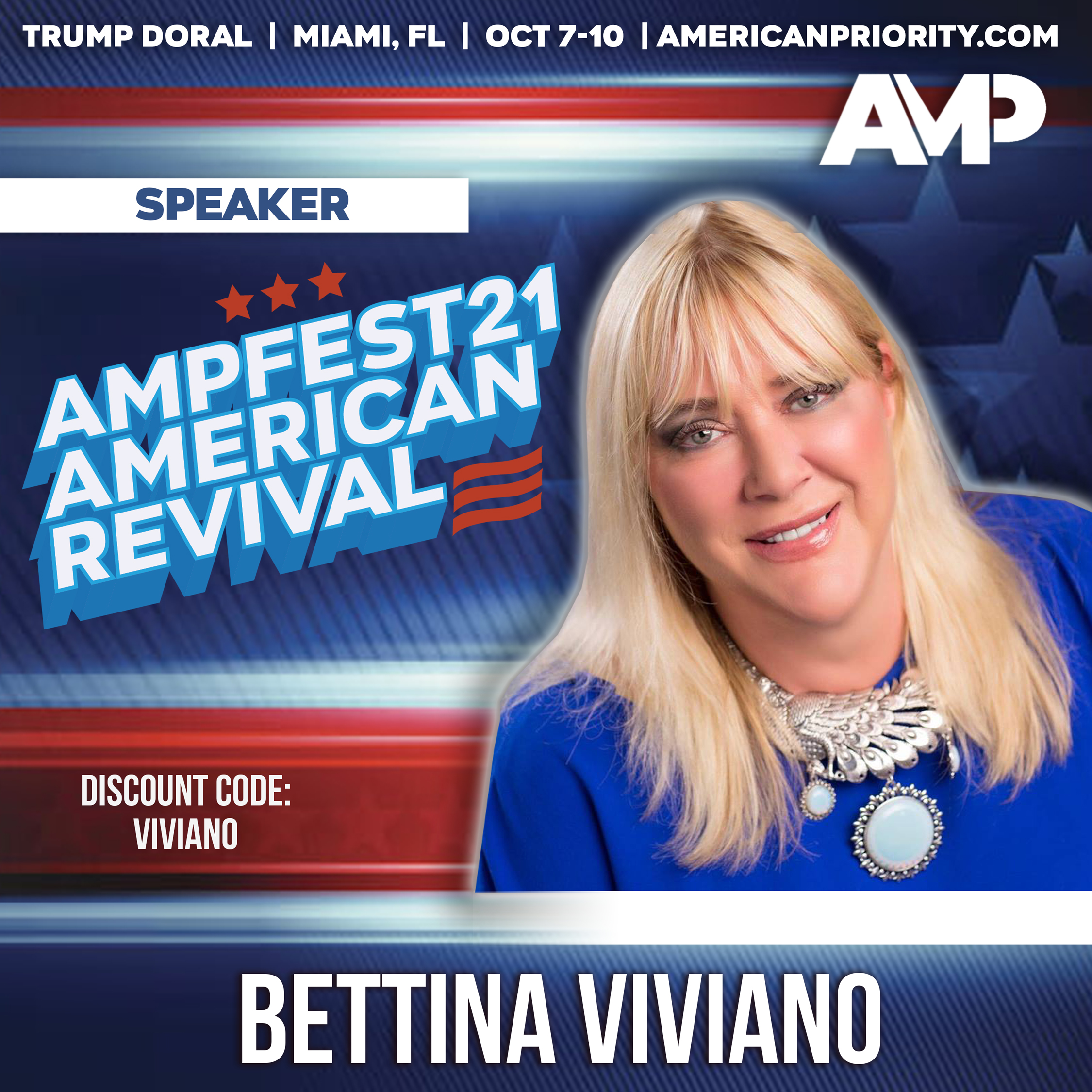