Full Name
Sheriff Mark Lamb
Speaker Bio
PINAL COUNTY ARIZONA SHERIFF
CREATOR OF AMERICAN SHERIFF NETWORK
AUTHOR OF AMERICAN SHERIFF
FREQUENT MEDIA GUEST
Sheriff Mark Lamb was born and raised in Hawaii, but his original roots are firmly planted in Chandler, AZ where he went to Junior High and graduated from Chandler High School in 1990. After owning several businesses and moving back to his hometown of Chandler, he became a police officer for the Salt River Pima Maricopa Indian Reservation.

During Academy, Lambwas valedictorian of his Academy class. Then, Lambwent on to become Rookie of the year as an officer. In the subsequent years, Lamb was namedOfficerof the year and then Detective ofthe year. Lamb served on the SWAT Team and was a very successful gang and drug detective who, alongside federal and local partners,took down some of the most dangerous gangs operating off of the reservation.

Lamb latermoved to the Pinal County Sheriff’s Office as a deputy. His love for his country, the constitution, and the people of Arizona compelled him to run for Sheriff, which he did successfully in 2016, and he loves every minute of it.

During hisfirst term,Sheriff Lamb has been able to do all he setout to do and more, due to cooperation with the other County leaders, command staff, and fantastic deputies. He is a proven advocate and proud supporter of our Constitution and will continue to publicly defend it.

He and his wife,along with their five children,have made San Tan Valley home for the past 13 years. As Sheriff, he focuses a lot of time onyouths in the community and supportsactivities that help them grow into dedicated, successful adults. Spending time in schools, successful jail programs for veterans, young offenders program, and his Youth Redirection Program are just a few ofthe successful programs under his leadership.

When the Sheriff has some rare downtime, you can find him enjoying football, spending time with his family, or planning a family trip to a beach. He hopes to inspire people to “Fear Not, Do Right” and have love in their heart for the United States of America, as well as bridge the gap between Law Enforcement and the community through service.His latest projects include authoring the book, “American Sheriff”, and launching the “American Sheriff Network”which previews in May 2021.
Speaking At
Sheriff Mark Lamb
Sheriff Lamb Book Signing & Reading
Afghanistan
Sponsored by Gettr VIP Meet & Greet(Ticketed Event)
DJT Awards GALA - must have GALA ticket or entry 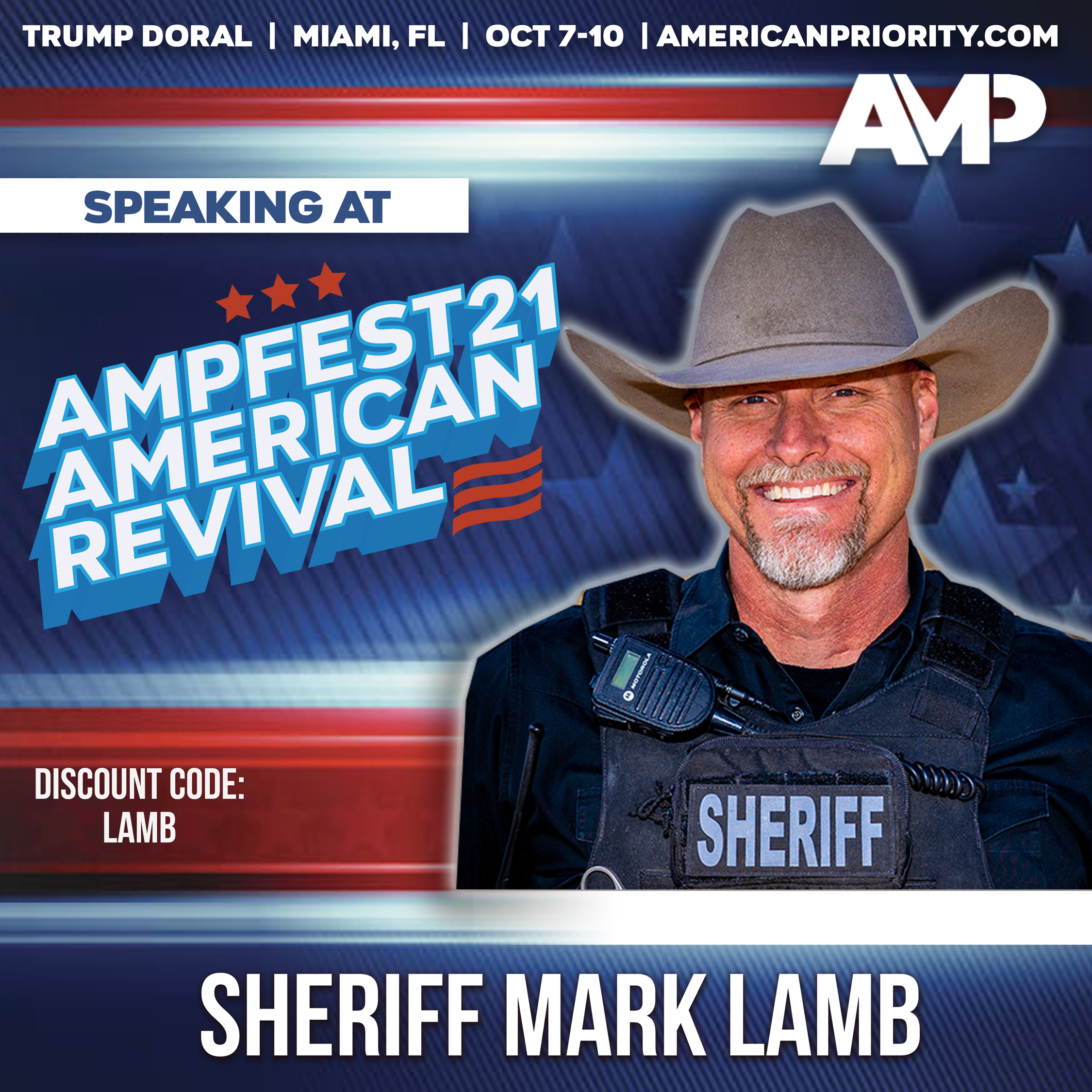