Full Name
Dennis Michael Lynch
Speaker Bio
Award winning businessman and former cable news personality Dennis Michael Lynch (“DML”) is currently the host of The DML Podcast, and the CEO of three companies, two of them in the media space. He is the founder of a news aggregation service called The DML NEWS APP. It is one of the most downloaded news apps on the Apple App Store. His film and podcasting company, TeamDML, produces documentary films and The DML Podcast. The podcast is consistently ranked in the top 50 in the news commentary category listed on Apple Podcasts. He is the founder and CEO of DMLcbd.com, which offers best-in-class cbd products online. And he is the founder and chairman of The DML Foundation, a 501c3 charity dedicated to supporting veterans, police, and school safety programs.

From 2010 – 2015, DML was a regular guest on Fox News Channel programs ‘The Kelly File’ and ‘Fox & Friends.’ In 2013, Sean Hannity dedicated an entire hour to DML’s film, ‘They Come to America: The Cost of Illegal Immigration.’ In 2016, he moved over to NewsmaxTV where he hosted the top-rated program called ‘Dennis Michael Lynch UNFILTERED.’ In 2017, DML left cable news to focus all of his time on building his media companies. He has produced four highly acclaimed immigration films, and a documentary on homelessness called “The United States of Tents.” The films have been watched millions of times on Amazon Prime. With 1.5 million followers on Facebook, his Walk & Talk LIVE videos have collectively grabbed over 100 million views.
Speaking At
Ben Ferguson Celebrity Golf Tournament Fundraiser
AMPFest21 Patriot Pool Party
Sponsored by Gettr VIP Meet & Greet(Ticketed Event) 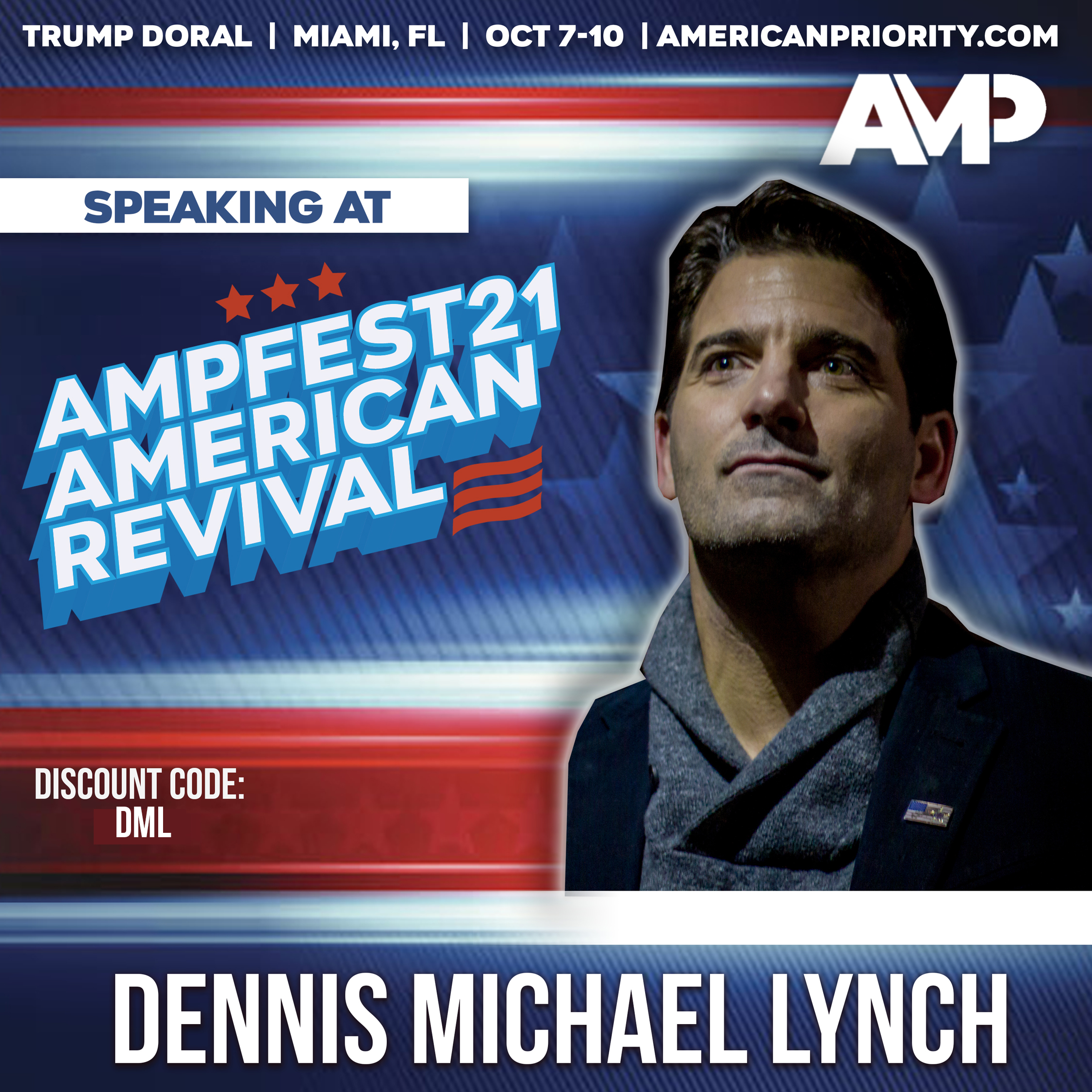