Often described as the British Ann Coulter; the female Farage; or Milo’s mum, she is, in truth, very much her own woman -- and a very funny one at that.

Katie’s speeches, informed by professional journalistic integrity, are delivered with grand hilarity. Her serious key message to our America is: “Do not let yourselves fall as we in Great Britain have fallen!”

Fiercely patriotic, Katie fights hard for her country. She passed out of the Royal Military Academy Sandhurst into the British Army's Intelligence Corps and now does her battles in the media arena. Katie has been the "most read" columnist at DailyMail.com; a regular guest with Sean Hannity; and a familiar face on Tucker Carlson and the Fox News Channel.

President Trump has described her as a respected columnist and thanked her for her work exposing the abject madness of unchecked illegal migration.
Katie is fearless. She spent two days living in "The Jungle", France’s notorious migrant camp, shadowing migrants smuggling their way onto trucks bound for the UK. She has walked the no-go streets of Sweden, living and speaking with locals too terrified to go out at night. And she joined African migrants en route from Libya to southern Italy, revealing the true horrors awaiting those trafficked for the slave trade.

Spending three weeks with the white farmers of South Africa being systematically cleansed from their land, Katie’s feature- length documentary Plaasmoorde - The Killing Fields is credited with helping garner President Trump’s support for their cause.

A trained economist, she has close to one million followers on Twitter, fills auditoriums wherever she goes, and is the best-selling author of RUDE, her remarkable handbook for life.

Katie describes herself as a Christian conservative, with one husband and three children, qualities she says put her on the international list of endangered species.
Speaking At
AMP Neon Night Party
Katie Hopkins (introduction to Roger Stone)
Sponsored by Gettr VIP Meet & Greet(Ticketed Event)
DJT Awards GALA - must have GALA ticket or entry 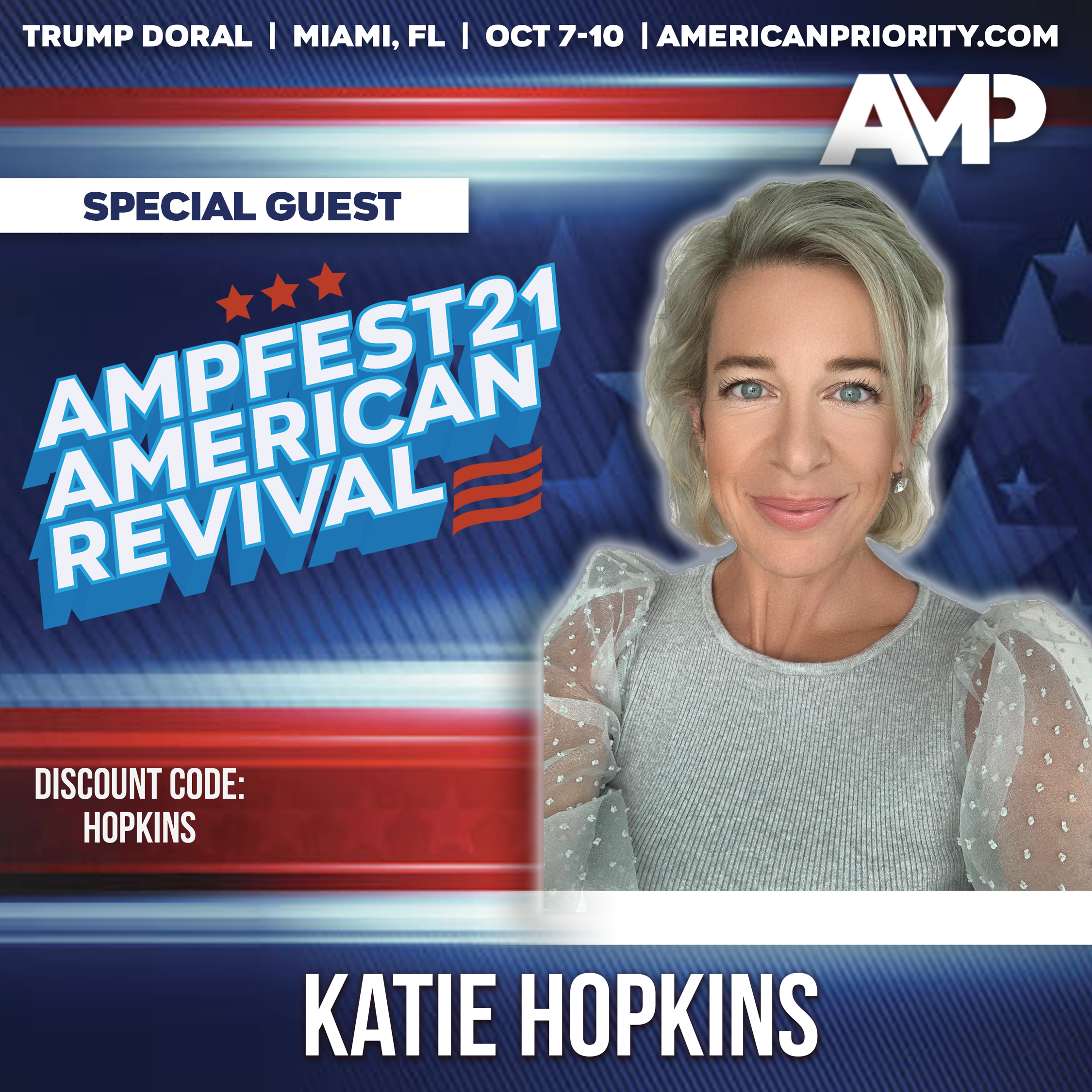