Full Name
Patricia Rucker Rucker
Speaker Bio
Patricia Puertas Rucker is a West Virginia State Senator serving the 16th District. She is a former teacher who is raising and homeschooling her 5 children with her husband of 25 years. Her life activities include membership in the St. James the Greater Catholic Church, 4-H and WV4Life-Jefferson County chapter.

Other activities include participation in local clean-up projects, volunteer work for Jefferson County Community Ministries that helps to feed the homeless and attendance in as many local public forums and meetings as she can. Patricia is a co-founder and former president of We the People of West Virginia-Jefferson County.

Patricia is a first generation American citizen, born in Caracas, Venezuela, coming to the US, Montgomery County Maryland, in 1981 when her father, Jose Puertas, an international correspondent, was assigned by Agence France Presse to the Washington DC desk, eventually becoming its Latin American Editor. She has been a Harpers Ferry resident since 2001 and her hobbies include gardening, beekeeping and raising chickens and ducks on her small hobby farm.

Patricia taught social studies in the Montgomery County Public School System before starting a family. On November 8, 2016, she was elected to the West Virginia State Senate in the 16th District and was sworn in on January 11th in Charleston to begin her first 4 year term. She is currently in the first year of her second term.

Education: Montgomery County, MD, public schools, Magruder High School (serving one year as the mascot!) and a degree from Trinity College in Washington, D.C with a B.A. in History and minor in Latin American studies.

Patricia’s Committee Assignments include: Chair of the Education Committee and a member of the Agriculture and Rural Development, Banking and Insurance, Judiciary, Health and Human Resources, Natural Resources and Confirmations Committees. She is also a member of the Select Committee on Children and Families. Her Interim Committee assignments include Chairing Children and Families, Education and Education Accountability and serves on the Agriculture and Rural Development, Economic Development, Equal Pay Commission, Health, Judiciary, Labor and Worker Safety Issues and the Rule-Making Review Committees. 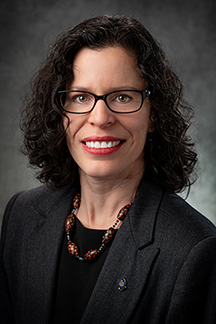