Full Name
Jason Miller
Message
Premier Presenting Sponsor
Company
GETTR
Speaker Bio
JASON MILLER
CEO, GETTR
Former Senior Advisor, Donald J. Trump, 45th President of the United States of America
Contributor, Newsmax TV
Jason Miller launched free speech social media platform GETTR on July 4th, 2021, and under his
leadership the platform reached 1M users in only three days – the fastest growth for a social
media platform of all time. GETTR now has more than 2M users globally, with a motto of “Free
Speech, Independent Thought and Superior Technology,” and a promise to never deplatform or
censor anyone for their political beliefs. GETTR’s tremendous growth has been fueled by an
international desire to oppose cancel culture and declare independence from the Big Tech
oligarchs in Silicon Valley, as well as an unparalleled guerrilla marketing campaign.
The importance of GETTR’s emergence as a cancel-free platform was highlighted at the end of
Mr. Miller’s September 2021 trip to participate in CPAC Brasil. As he attempted to fly home to
the United States, Mr. Miller and his traveling party were detained for three hours and
questioned about the purpose of their visit, on orders from a politically minded Justice of
Brazil’s Supreme Court. Though they were not accused of any wrongdoing and eventually
released, the episode proved that enemies of freedom are everywhere: First they try to take
your freedom of expression, then they try to take your freedom itself.
Before launching GETTR, Mr. Miller served as Senior Advisor to Donald J. Trump, 45th President
of the United States of America, where he quarterbacked President Trump’s successful 2021
Impeachment Defense Team, and before that he served as Senior Advisor to President Trump’s
2020 campaign and Senior Communications Advisor to President Trump’s 2016 campaign. Mr.
Miller also served as Communications Director for the Trump Transition Team.
In addition to his earlier work managing campaigns for U.S. House, U.S. Senate and Governor,
as well as serving as a Chief of Staff on Capitol Hill, Mr. Miller has more than two decades of
corporate communications, public relations and policy expertise advising clients on how to deal
with the intersection of politics, policy, financial markets and the media. Mr. Miller has also
provided extensive high-profile litigation communications support.
Mr. Miller currently serves as a Contributor for Newsmax TV, offering political analysis and
insights for the Make America Great Again movement, the 2022 mid-term elections and policy
debates in Washington, D.C.
A native of Seattle, Washington, Mr. Miller is a graduate of The George Washington University.
He lives with his wife and two daughters in suburban Washington, D.C. You can learn more
about GETTR at gettr.com, and you can follow Mr. Miller on GETTR at @JasonMillerinDC
Speaking At
Social Media Barron's 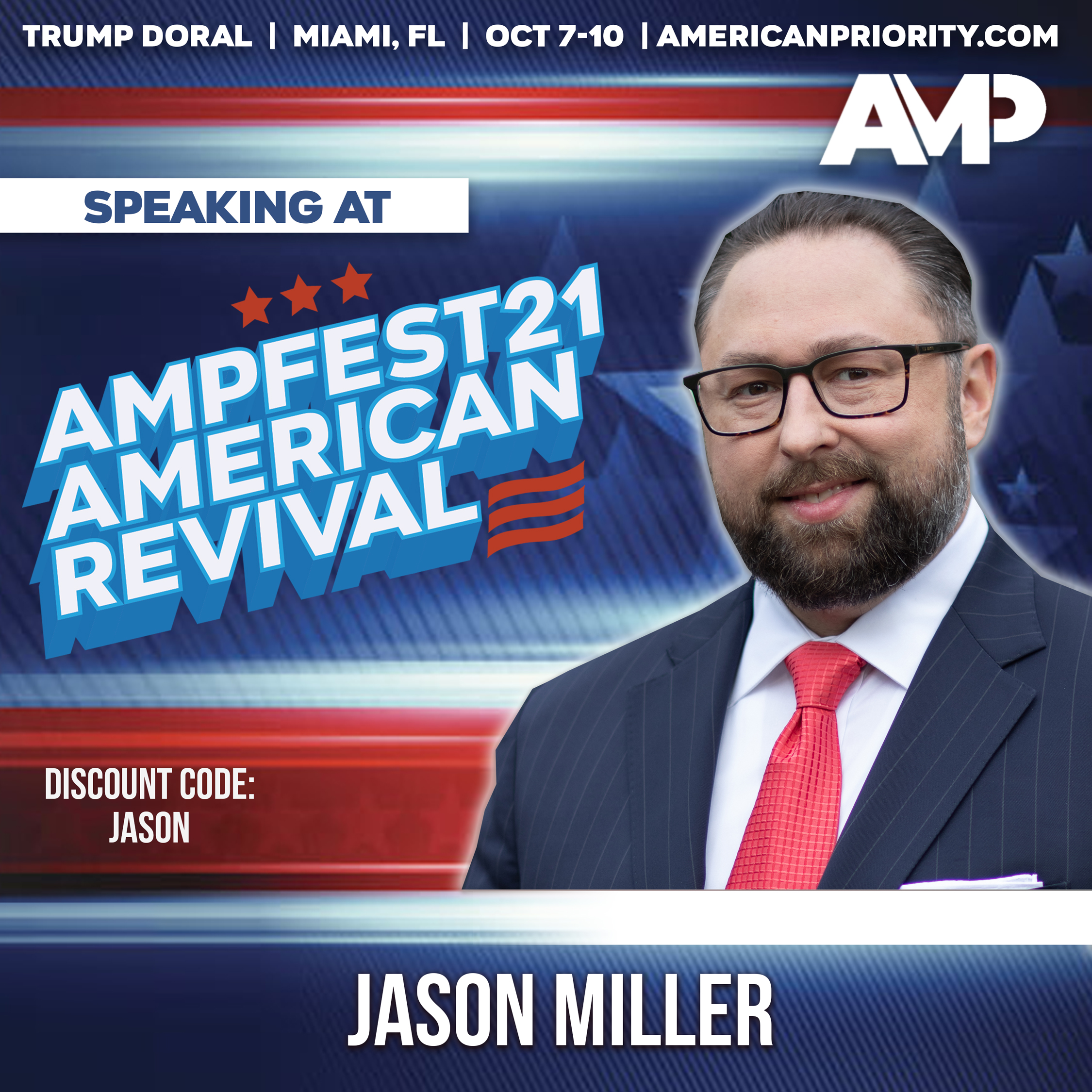